Position sensors are available as absolute or incremental devices. This paper discusses the key differences of the two technologies (Absolute Encoders and Incremental Encoders) and concludes with a summary of available devices.

Incremental devices provide position change information only, so the actual position is unknown at startup. A once-per-rev index/marker signal defines the zero position or null of the device. It is detected during a homing routine.

Incremental devices generate sin/cos signals with a period equal to the pitch of the encoder scale. For an interferential optical encoder the scale pitch is typically as small as 20 microns. The sin/cos signals can be output unprocessed but are more typically interpolated to generate digital quadrature signals of resolution down to the nanometer level.

For commutation of a brushless motor when using incremental position feedback, the motor requires three magnetic Hall sensors to provide coarse absolute position information for preliminary alignment of the magnetic fields. It is possible to eliminate the need for Halls by executing an algorithm to align the rotor and stator magnetic fields. This requires movement on startup which can sometimes be impractical particularly for vertical axes of motion.

Absolute devices provide the actual physical position within one revolution or within the range of linear travel. The motor does not require Halls for brushless motor commutation. Homing is only necessary for rotary applications if the range of movement exceeds one revolution. Homing elimination is a major advantage as significant production time can be lost to homing over the lifetime of a machine.

The typical absolute device generates sin/cos signals of period equal to one revolution. While this provides absolute information, resolution is limited compared to the many thousands of sin/cos cycles generated by an incremental encoder. More frequently an absolute device has two tracks on the scale – one low resolution track for absolute position and one high resolution incremental track. Data from the two tracks are combined and typically output serially using BiSS-C or SSI (see TN-1057).

Absolute sensors are usually bigger and more expensive than incremental devices. Data processing of multiple tracks and serial transmission can increase the latency of position reading.

Rotary, multi-turn devices provide actual position over multiple revolutions. Homing can be eliminated. Multi-turn devices incorporate internal gearing and are the most bulky, expensive solution. The primary interface is BiSS-C or SSI (see TN-1057). Latency of position readings can be an issue for some devices.

The response of a digital incremental encoder is limited to a specific maximum input signal frequency. Scanning speed increases input frequency as does higher resolution. Incremental encoders therefore have a maximum speed that must be derated as resolution is increased. Absolute encoders typically accommodate both high speed and high resolution as the position is determined on demand rather than continuously.

The fundamental causes of jitter are various types of electronic noise (Shot, Johnson, Pink). The noise is broad spectrum but incremental encoders, which transmit continuously, reduce the bandwidth by filtering the sin/cos signals. The compromise is reduced maximum speed. In absolute encoders, with sampled position information, jitter is the uncertainty associated with each sample. It is not possible to limit bandwidth quite as effectively although some digital filtering is possible. For high precision applications requiring very stable position, incremental encoders may deliver superior performance.

Optical – Inherently incremental the optical encoder in absolute form may incorporate a uniquely coded scale similar to a bar-code. The number of code bits determines the number of unique codes and hence the maximum length or circumference of the scale. A miniature camera captures the code and subsequent processing determines absolute position. There is an increased latency in this technique. To reduce latency some optical encoders also have an additional incremental track which is used after the initial absolute reading.

Magnetic – The magnetic encoder is also inherently incremental as it detects the changing magnetic field of a track with multiple pole pairs. A second uniquely coded magnetic track is similarly employed to provide absolute position information.

Capacitive Again, like the optical encoder, the capacitive encoder is inherently incremental. Based on the modulation of a dialetric material to vary capacitance, two modulating tracks are required for an absolute implementation.

Resolver The resolver, a wound device based on the principle of electromagnetic induction, is inherently absolute generating sin/cos signals of period equal to one revolution. “Multi-speed” resolvers generate more cycles per revolution to increase resolution but the device is then no longer absolute. More complex versions incorporate a single speed absolute winding and additional multi-speed windings. Already bulky and heavy this resolver implementation further increases size and weight.

IncOder™ The IncOder is based on the same inductive principle as the resolver but uses PCB traces instead of physical windings. Inherently absolute, incoder technology can provide high resolution from multiple tracks without the increase in size and weight associated with a resolver. 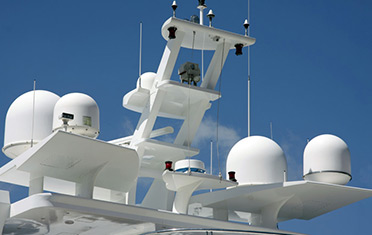