This paper discusses how the output current of servo drives is specified. Standard industry terminology is explained. The paper concludes with examples of how to convert rms and crest ratings for sinusoidal, trapezoidal and DC servo drives.

On a permanent magnet brushless AC motor that is rotating at a constant speed, the phase currents will have a sinusoidal waveform with a 120º delay between them, theoretically. For constant speed applications, the current is sometimes expressed in Root Mean Square or RMS (see detailed description below). The RMS value of those currents in that situation can be calculated as crest current / √2. For example, if your BLAC motor is rated at 17 ARMS it means the crest current will be 24 A at this rated point. However, although RMS current is commonly used in the industry for continuous power applications, it does not provide a clear answer for a detailed design of many robotics applications where the frequency is not constant and the motor can be fixed on a position. At these points, the calculation or measurement of RMS current using a typical device or multimeter could lead to non-practical results.

To keep the explanation free of ambiguities, consider this nomenclature:

The servo drive has several current levels or limits. Some of them correspond to registers in the firmware. 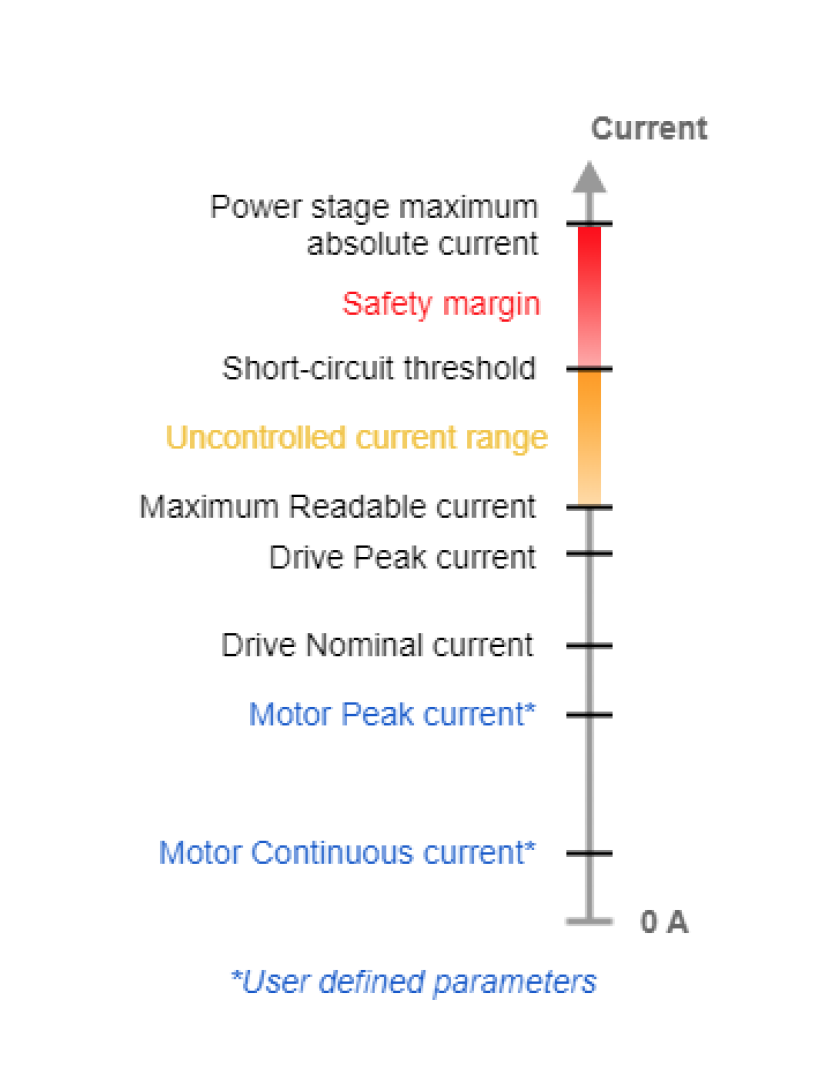 Conversion from crest current to RMS

Depending on the type of motor and/or the commutation method/mode, one of these current modes shall be met. In each case, the RMS current can be easily approximated: