Why is IncOder’s thermal coefficient so small?

IncOder’s thermal coefficient is much lower than other techniques for various reasons. First, inductive techniques are, by their nature, not especially sensitive to changes in temperature. Second, any electrical changes due to temperature (e.g. resistance change) is negated by the use of a ratiometric technique. This means that although the amplitude of any signal might vary, their ratio of two or more signals will not. Third, IncOder’s measurement technique uses the full face of the sensor. This means any differential thermal expansion between the stator and rotor is negated since both are symmetrical and extend or contract generally uniformly from their center line.

Most other techniques are fundamentally more sensitive to temperature effects – most notably capacitive. Large thermal drift occurs especially when measurements are carried out at a point rather than over planar surfaces. The effect of point measurement is that the effects of differential thermal expansion or contraction is amplified. This is most noticeable with optical and magnetic techniques. 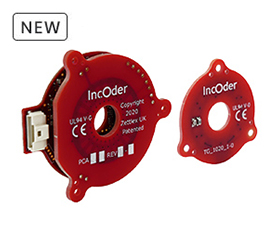 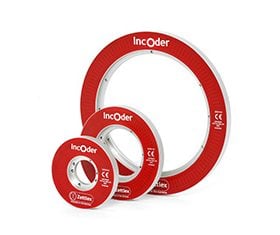